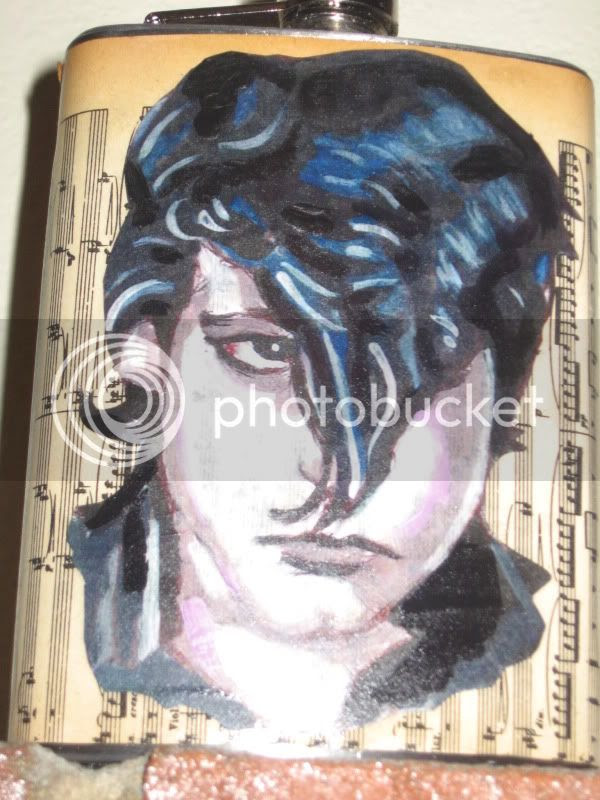 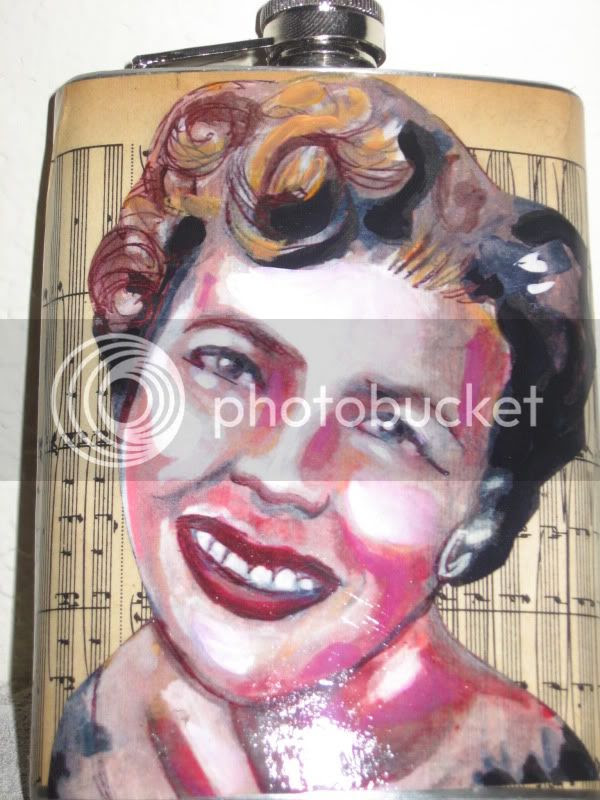 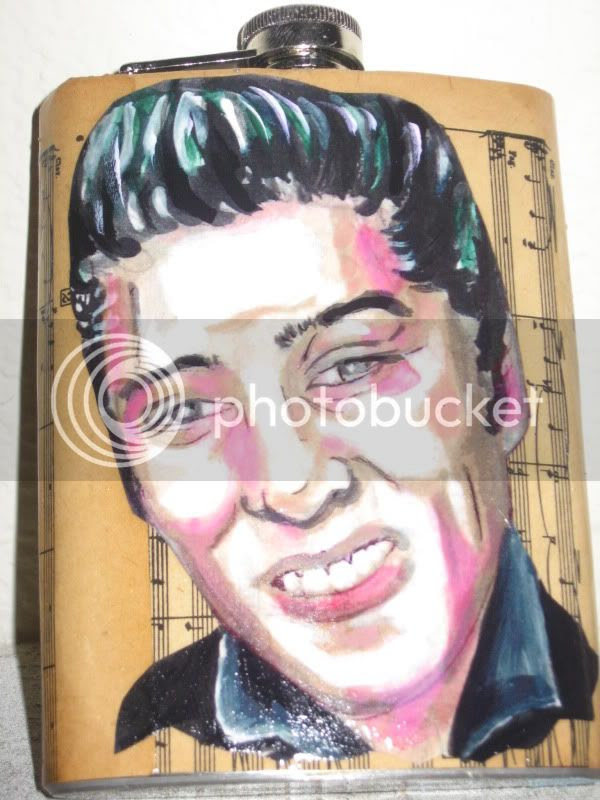 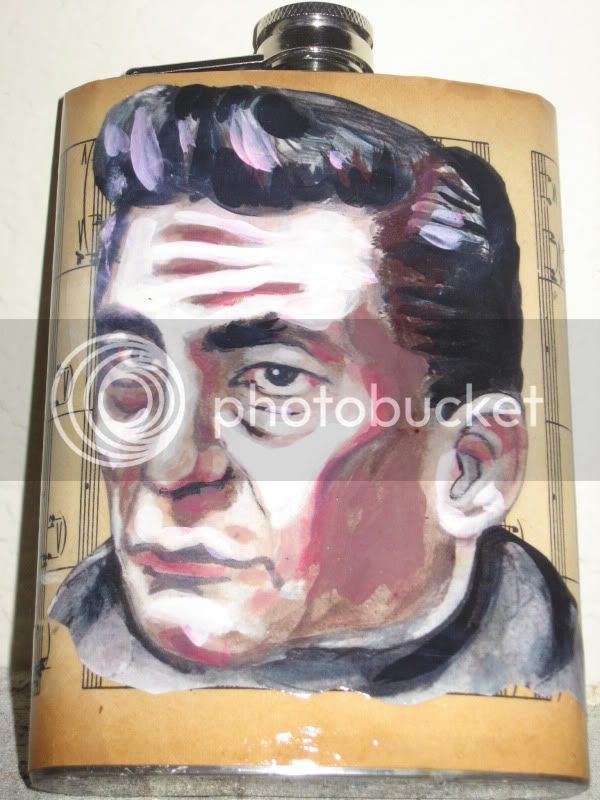 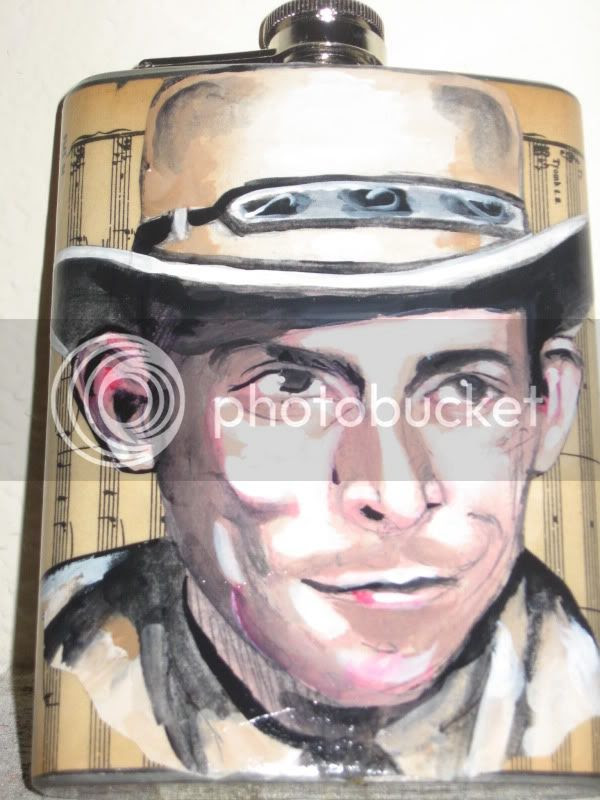 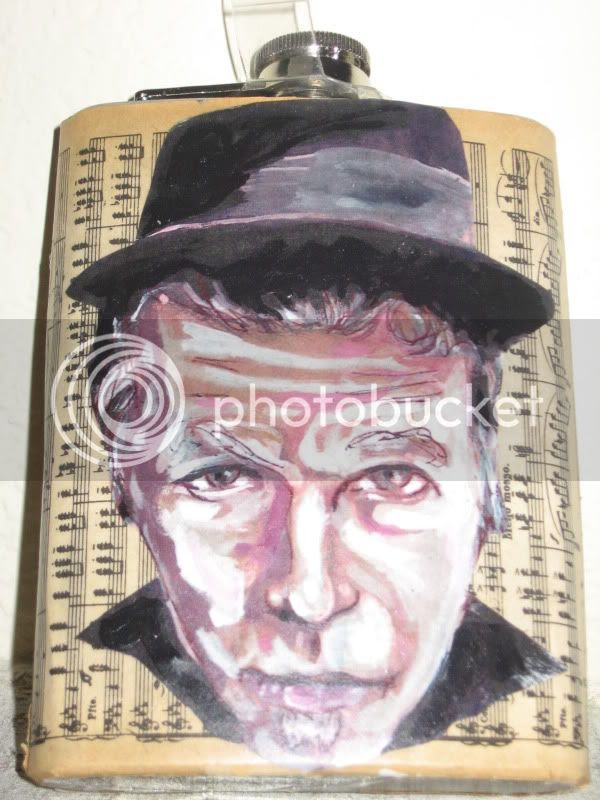 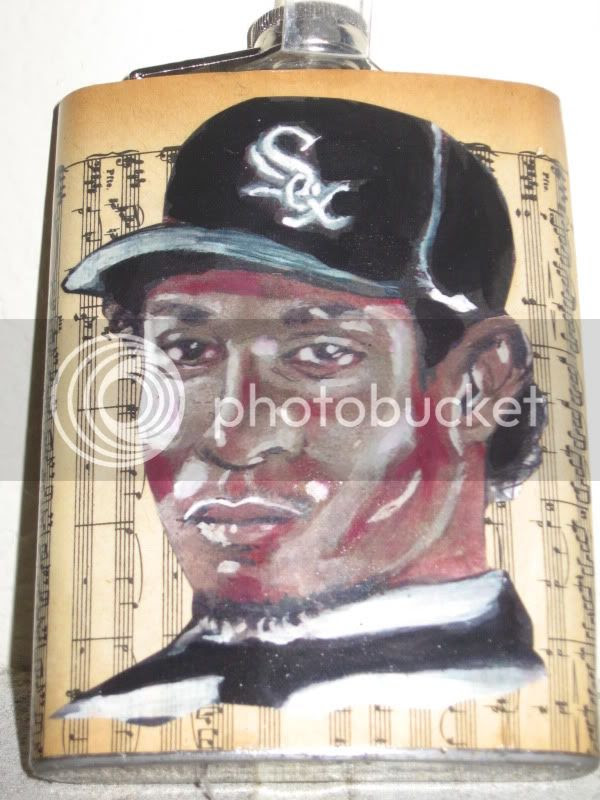 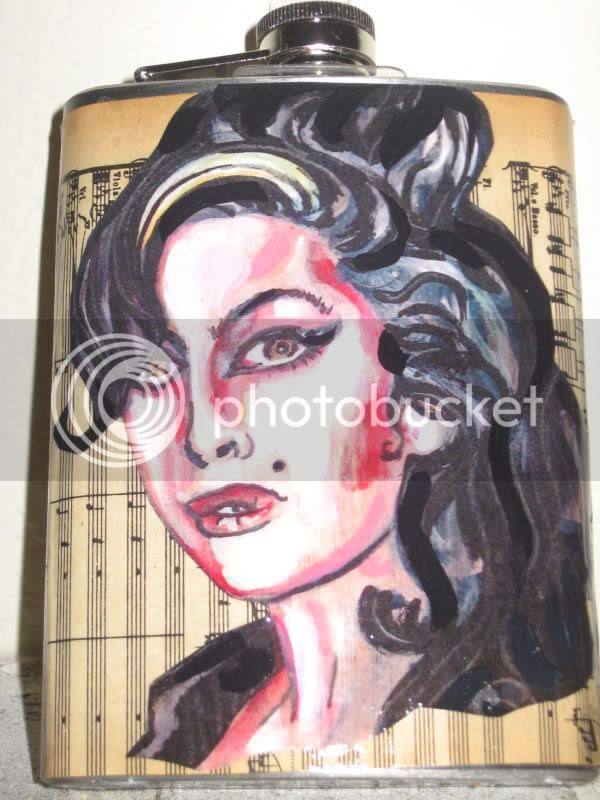 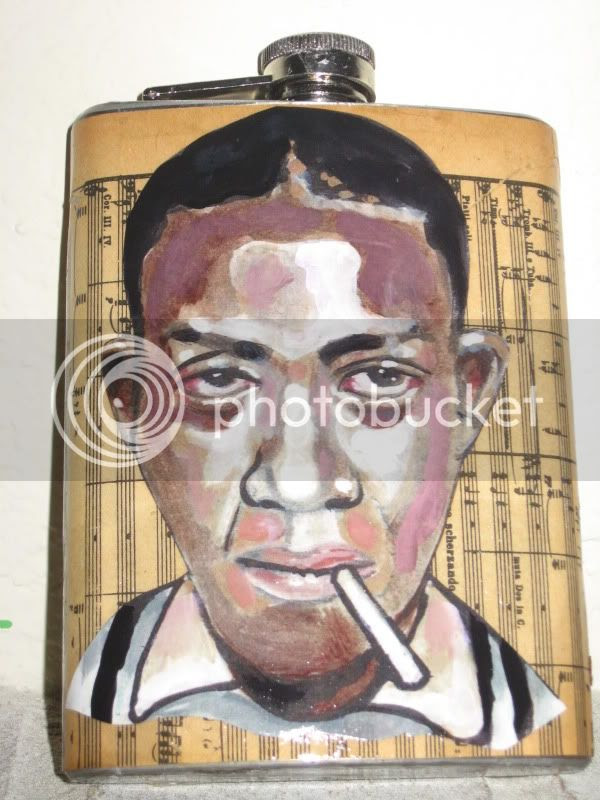 Posted by Bertrand at 7:28 AM No comments: 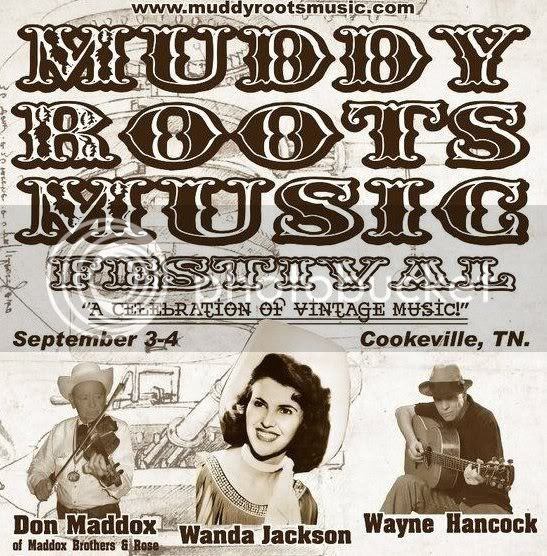 This is the 1st time Ive done this festival,geared toward (outlaw country,blues,rockabilly,blue grass and all fun sub genres of traditonal rock ,Musicians I'm excited about,Wanda Jackson,Th' legendary shack shakers,O'death,Wayne Hancock, and many others,there will be a pin up pageant and a car show along with yours truly and a handful of other very fun vendors (Ill be showcasing my flasks,along with various prints and magnets and ofcourse original artwork, swing by my booth look for the teal banner and snag you one of these flasks before they are gone
for more info on the muddy roots festival being held SAT sept 3rd and SUN sept 4th in cookeville
visit 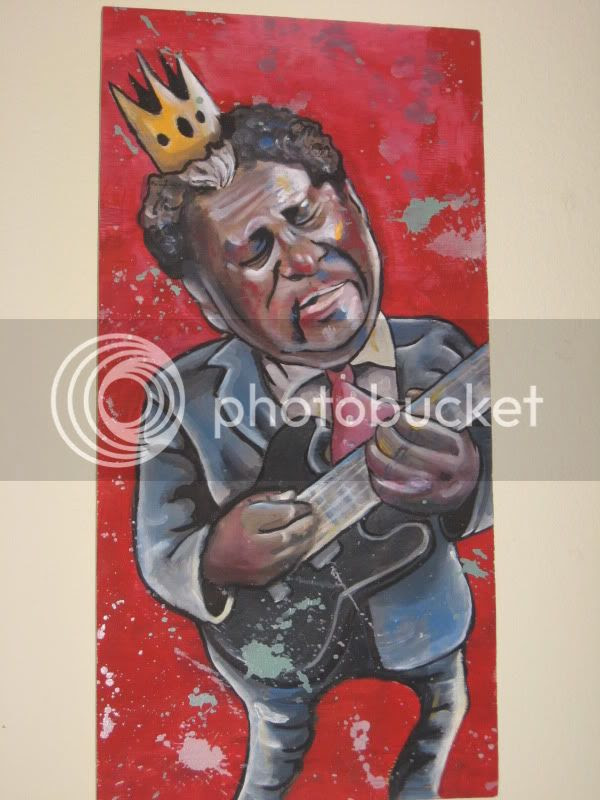 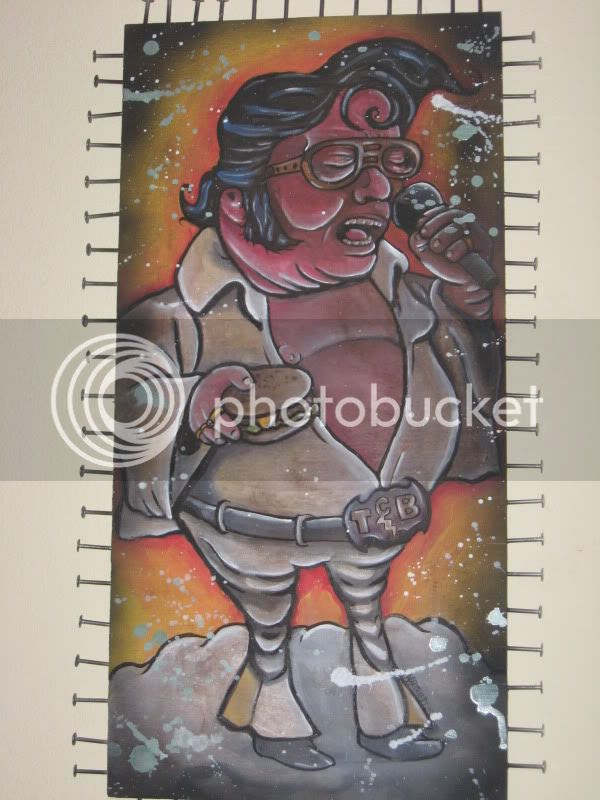 Fat Elvis and BB king my two newest paintings I completed for entry for acceptance in Estel Gallery's King me show
Posted by Bertrand at 1:56 PM No comments: 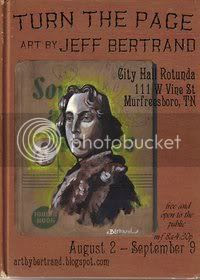 Though he has shown in numerous shows in town, this will be Bertrand's first solo show in Murfreesboro as well as his first show in town in quite sometime. He has a full summer planned with shows across Tennessee and the southeast in cities such as New Orleans, Asheville and Winston-Salem.


By creating art on books, Bertrand feels as though he is recycling the past by painting on this alternative surface. In this particular show, he is also exploring methods not used in his art before such as cutting out both the book cover as well as the pages below to create a sense of depth. Bertrand is also incorporating objects such as antique photos, skeleton keys, and colored thread to add to the overall feeling of the works.
Posted by Bertrand at 1:09 PM No comments:

Charles Bennett,Brandt Hardin,Dustin Dirt and I all collaborated on these very awesome panels for our group Nola show at Zeitgeist

Posted by Bertrand at 5:31 AM No comments:

July 16th I have a show in New Orleans

I am super excited about this show,it will be my first show in New Orleans,
Middle Tennessee artists Charles Bennett, Jeff Bertrand, Dustin Dirt! and Brandt Hardin prescribe to this movement and bring their twisted take on reality to the Zeitgeist Multi-Disciplinary Arts Center in July!

Saturday, July 16th from 6-9PM, the exhibiting artists will be on hand for the opening reception of Southern Pop Surrealism. This event will be curated by Myron Warden and Rene Broussard (founder and Executive Director of Zeitgeist Multi-Disciplinary Arts Center.) Admission to the show is $7 ($5 for members) and includes live painting, live poetry, live music and body painting along with a special screening of surrealist short films. Create your own piece of surrealism and enter the Costume Contest to win artwork from the exhibiting artists! 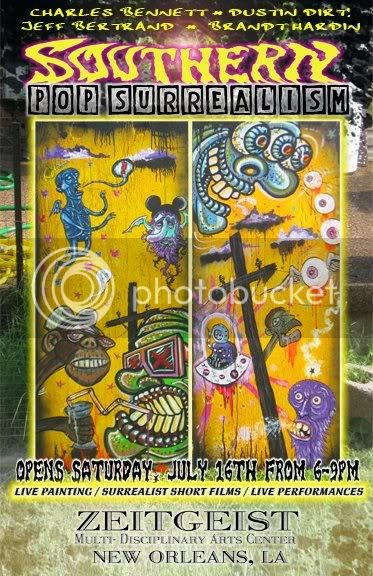 Posted by Bertrand at 8:48 PM No comments:

Hey guys I have a few shows coming up in North Carolina,July 10th is My 1st show in Asheville Nc -Big Crafty art festival for info regarding the show visit here http://thebigcrafty.com/about/

I'll have a booth indoors,should be a fun event come by and say hello 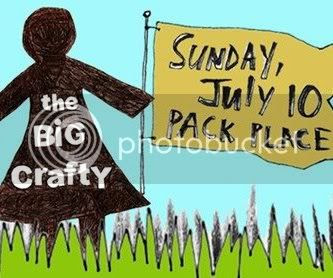 Posted by Bertrand at 8:14 PM No comments:

Bertrand
I make painting to relieve myself of stress and to express ideas to the world,I use art making as a form of therapy